Neuroplasticity: The Wonderful Capacity of Our Brain to Change

Transform Your Life with Neuroplasticity

You are here: Home / Neuroscience & Epigenetics / Neuroplasticity: The Wonderful Capacity of Our Brain to Change

Neuroplasticity, or brain plasticity, is the brain’s ability to change and reorganize its own structure and functioning as a result of the different internal and external experiences throughout your life. Your brain changes according to your thoughts, emotions, behaviors, and the environment where you live.

The possibilities of the brain are endless. According to Dr. Dan Siegel, doctor and professor of psychiatry at UCLA, it is estimated that the human brain contains 100 billion neurons. A typical neuron creates about 10,000 connections with other neurons. Each neuron is activated between five and 50 times per second. The number of activation patterns in the brain is greater than the number of known atoms in the universe. Your brain is a deeply complex system.

In the last 20 years, through studies with magnetic resonance imaging (MRI), it has been possible to verify and observe the wonderful ability of the brain to change and regenerate. Thanks to , if one of your brain hemispheres suffered damage in an accident, the other hemisphere can assume part of its .

Watch this video from the BBC showing the case of Jodie. At the age of three, her right brain hemisphere was completely removed due to a health condition called Rasmussen’s encephalitis.

Brain plasticity also makes it possible for the brain to recover from birth abnormalities or injuries caused by stroke. It also allows you to overcome traumatic experiences, depression, addictions, anxiety, obsessive-compulsive disorder, and other conditions.

Brain plasticity allows your brain to:

• Improve activity in a certain area of the brain

• Improve the neurochemical activity of the brain

Research on brain plasticity discards old scientific theories that assumed that neurons simply “died” over the years and were not replaced by new ones.

This has generated a more positive view of the brain and its capabilities. It has been found that adults can continue developing new abilities at any age.

Neuroplasticity in a Positive or Negative Sense

Imagine that your brain is like moldable clay that is sensitive to what is happening in your mind (beliefs, thoughts, attitudes, and emotions) and in your environment (family, friends, work, community, and society). In this way, neuroplasticity works in a positive, but also a negative sense.

Dr. Rick Hanson, an expert psychologist in neuroplasticity and mindfulness, states the following: “The human brain is like velcro for the negative and teflon for the positive.” With this metaphor, he means that we perceive the negative aspects of our lives more easily than the positive ones.

This “bias toward negativity” is found in most people. It is the product of 600 million years of evolution, pushing the nervous system to learn that it must defend itself from predators and enemies to survive. There was always the danger of getting hurt or dying.

Studies have shown that being subject to moderate or severe stress promotes the growth of various sectors of the amygdala, an area of the brain that assesses the presence of danger in the environment.

Under stress or product of traumatic experiences, the amygdala begins to magnify the threats, perceiving danger where there is none. The person reacts with distrust or excessive fear and can’t correctly interpret the signs of the environment or the intentions of others.

On the other hand, stress affects the growth of the prefrontal cortex, the area of the brain that directs your thoughts, actions, the expression of your personality, and your ability to interact with others, among other important functions.

Habits also transform the brain. The brain has the habit of focusing on the same aspects every day, especially the negative. On an average day, thoughts occupy a person’s mind 95% of the time. Many of these thoughts are automatic and we have no awareness of them. It is estimated that we have 60,000 thoughts a day, and 98% of them we had the day before.

How you focus your attention activates your brain in different ways. Bad habits, negative thoughts, and an unfavorable environment also create connections, circuits, and structures in the brain.

The good news is you can decide to focus your attention and transform your brain for the better. In this way, you will “disconnect and weaken” circuits that don’t bring anything positive into your life. For example, the repetitive negative thoughts that arise in your mind without you noticing it.

Positive Ways to Transform Your

Here are some exercises that you can incorporate into your daily life:

• Acquire a healthy habit, such as exercising three times a week.

• Learn something new, such as playing a musical instrument or speaking a different language.

• Surround yourself with people who recognize you, respect you, and demonstrate love.

• Attend psychotherapy to overcome some difficulty or recover from traumatic experiences.

The repetition and practice of new habits and the new neural connections. Instead, connections that are not used tend to weaken.

Practices that Transform the Brain Positively, as Revealed by Science

Mindfulness practices are intended to pay attention to the present moment deliberately and without judgment. Generally, attention is focused on the breath, sensations, or sounds (mantras).

Studies have shown that the structure of the brain can change according to the way the mind focuses its attention. This activates specific circuits in the brain. Over time, new neurons and new connections between neurons are generated.

One study analyzed with MRI images people who had performed 19,000 hours of concentration meditation compared to those who were starting this practice. Expert meditators showed less activation in parts of the brain related to scattered and changing thoughts, that is, “background noise.”

Examples of these thoughts are: remembering events that happened along the day, pending things to do, or negative thoughts that are repeated daily. Expert , on the other hand, were better able to focus their attention without the interference of such thoughts.

Another important investigation analyzed people who practiced insight meditation that focused on their internal experiences. It was found that this type of meditation is associated with greater thickness in the prefrontal cortex and the insula. These areas of the brain improve attention, sensory processing, executive function empathy, and perception of the body and its internal states.

The thickness in the cerebral cortex was also significant in older participants, which suggests that meditation might offset age-related cortical thinning.

Other studies have shown the positive effects of yoga in the treatment of depression as a result of changes in the brain. After participating in a 12-week yoga and meditation program, participants were evaluated for certain biological markers of neuroplasticity.

Results showed a reduction in depressive symptoms and a significant increase in levels of brain-derived neurotrophic factor (BDNF), a protein associated with nerve tissue growth.

Research indicates that exercising physically produces changes in specific regions of the brain and, as a result, benefits cognitive functions. These functions allow you to learn, organize, and remember complex information.

This occurs because physical activity releases neurotrophins, a family of proteins that helps the survival, development, and functioning of neurons. To maintain these -cognitive benefits, it is necessary to perform exercises that require a moderate and sustained degree of cardiovascular effort.

Other studies have found that after performing aerobic exercise the levels of brain-derived neurotrophic factor (BDNF) increase. This protein is then released into the bloodstream with possible neuroprotective effects in the brain.

A large number of studies have investigated the effects of learning music at an early age in the human brain. An important finding has been that the anterior half of the corpus callosum is larger in those musicians who began their training before the age of seven.

The corpus callosum is a band of nerves that has the important function of communicating both cerebral hemispheres. The right brain is associated with the processing of images and emotions, creativity, intuition, and holistic thinking. The left hemisphere is responsible for logical and mathematical thinking, and the use of language. In these musicians, both capacities of the brain would be more integrated.

Major neuroplasticity changes were also observed in the corpus callosum, auditory cortex, motor cortex, and cerebellum of musicians who spent more time practicing, especially in professional musicians. The cerebellum is the part of the brain responsible for movement, balance, and coordination.

Marianne is a life, relationships, and executive coach. She integrates diverse approaches into her coaching practice, such as appreciative inquiry, CBT, ACT, mindfulness, somatic practices, NLP, and techniques based on neuroscience research. Marianne holds degrees in Psychology and Organizational Development. She is a native of Chile and lived many years in Venezuela, countries where she also has a psychotherapy practice. Marianne enjoys nature, painting, dancing, and practicing yoga. She provides coaching sessions and workshops on self-development, meditation, and leadership in Spanish and English.

You may be interested in these posts from the same category.

10 Approaches to Psychotherapy: Chosing the Best for You
Next Post: Neuroplasticity Exercises That Will Transform Your Brain

This site uses Akismet to reduce spam. Learn how your comment data is processed.

Inspiration for This Week

Keep your face always toward the sunshine and shadows will fall behind you. WALT WHITMAN

Subscribe to my Newsletter and be part of this community!

Develop loving kindness and expand your circle of affection 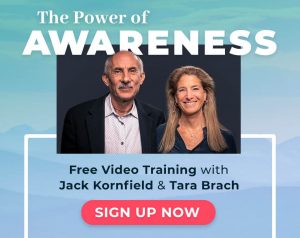 END_OF_DOCUMENT_TOKEN_TO_BE_REPLACED

Design Your Life and Create a Joyful Existence
Neuroplasticity Exercises That Will Transform Your Brain
10 Approaches to Psychotherapy: Chosing the Best for You
What is Psychotherapy and How Does it Work?
How to Get More Benefits from Psychotherapy
error: Content is protected !!